The name “Deux Alpes” originated from the merger of two alpine meadows (“Alpes”) of the two cities of Vénosc in the south and Mont-de-Lans in the north: Alp de Mont-de-Lans and the Alp from Vénosc. 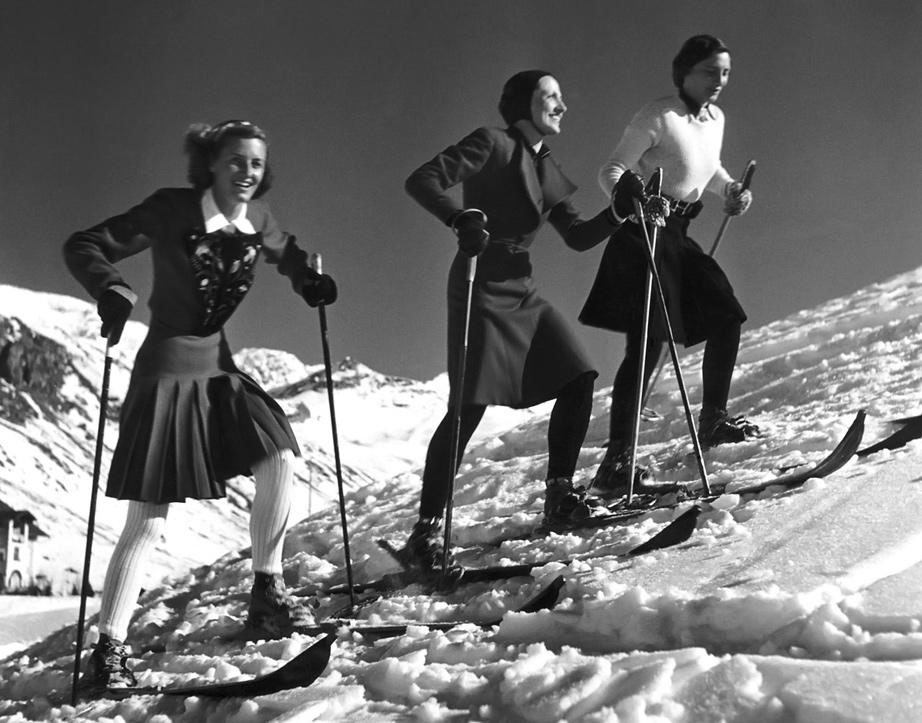 In 1879, Pierre Balme from Venosc saw an opportunity to attract tourists during summer and opened the Balme Hostel (today Chalet Mounier). It wasn’t long before the farmers’ huts were converted into inns, hotels and mountain refuges for tourists.
In 1932, Mrs. Tessa became the first permanent inhabitant in Les Deux Alpes. Her hotel remained open all year round.
In 1935, The Mounier Hotel welcomed several young skiers during Christmas and Easter.
In 1939, Jules Carrel, a young ski instructor from la Berarde, had one objective: to develop the whole area and create a renowned winter sports resort. Many lifts were constructed in order to develop the ski resort
In 1949, the ski school was founded and the inhabitants of the two municipalities agreed to develop their resort “Deux Alpes”
In 1955, many hotels opened to welcome the new tourists.
In 1956, J. Martin suggested the idea of creating a daily ski pass that allowed access to all lifts. Price: 2.50 French Francs. The ski pass is, therefore, an invention specific to Les Deux Alpes.
In 1972, Venosc and Mont de Lans were linked to the ski resort by cable car.

The built-up part of Les Deux Alpes covers the meadows of Venosc and Mont-de-Lans; each of these two villages had a mountain hamlet at his side of the ‘plateau’ called ‘L’Alp de Venosc’ and ‘L’Alp3’ respectively. Over the centuries, these alpine meadows were the subject of quarrels over their use between the two communities, until the winter sports resort began to develop in the twentieth century. 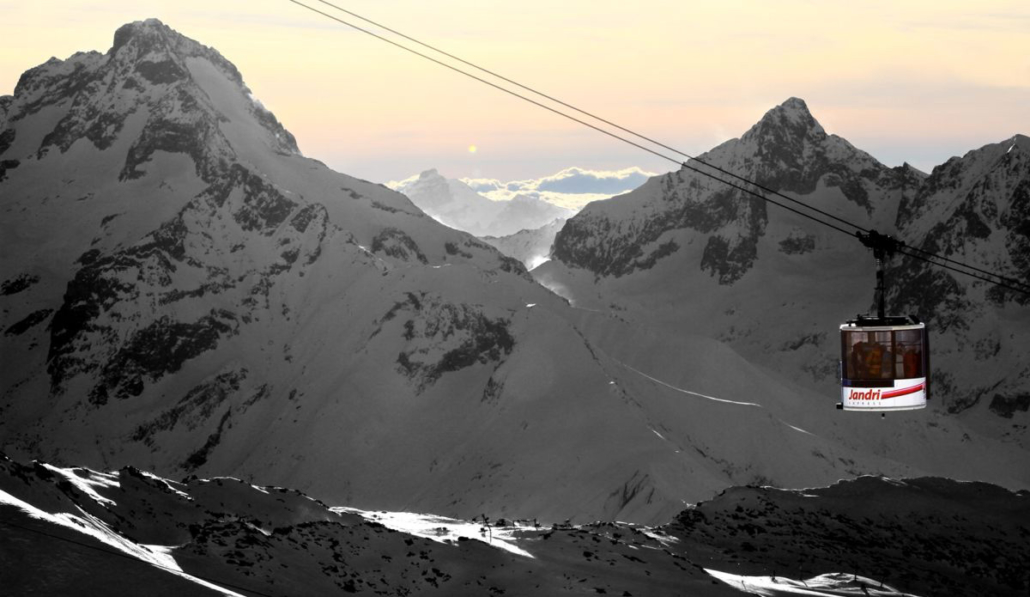 Thanks to the good condition of the glacier, the ski resort offers the possibility to ski in both winter and summer. The glacier of Mont-de-Lans is also the largest ski glacier in France.

Access to the top goes via conventional cable cars and in particular the Jandri Express 1 and 2 (1680, 2600 and 3183 meters). The Jandri Express is the backbone for direct access to 3200 height. It is a DMC cable car with 69 individual 20-person cabins spread over almost 7 kilometers. This system was chosen because of the large overflight heights (more than 140 m) and the very long crossings without the load-bearing pylons that this entailed. Up to 800 m range between 2 pylons. The Jandri Express can reach the beginning of the glacier within 30 minutes!

You can also enjoy descents on every level through various ski lifts (eg 8-seater chairlift, the Dôme Express underground cable car and various double tow and chair lifts). Les Deux Alpes not only has the largest ski glacier in Europe, it is also the largest ski area in France with an area of 100 hectares. The location is ideal; between 2 900 m and 3 568 m (glacier Mont-de-Lans or Mantel). 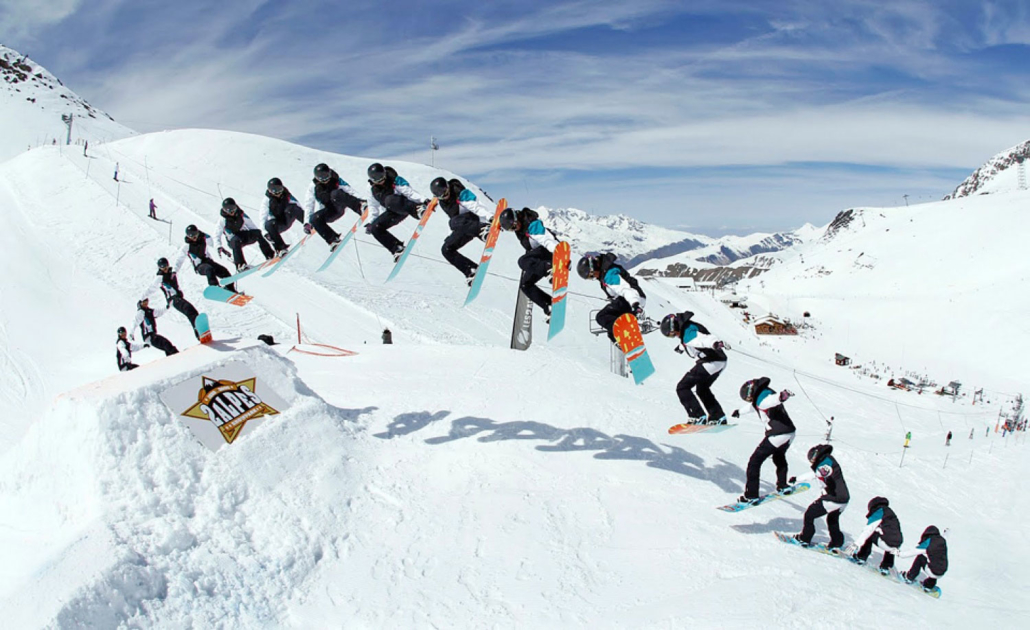 The famous 2Alpes snowpark is located on one of the glaciers. The installations that are placed on the glacier (mainly ski lifts) are permanently maintained and re-implanted due to the continuous movement of the glacier. Thus, complete ski lifts are stopped, disassembled, re-aligned and relocated at regular intervals to follow the topology of the terrain and the accumulations of snow. For this purpose, even special digging-loader combinations have been developed.

As a result of global warming, all glaciers of the height have fallen into disrepair for about twenty years. To reduce this effect, the Deux Alpes resort has undertaken careful management and maintenance of the glacier. With snow catchers, snow walls are continuously modeled to catch the powder so that it does not go with the wind. The snow is then distributed where necessary to maintain the glacier in a natural way.

The slopes of the glacier are all of a simple level that allows beginners to enjoy permanent snow conditions and sunshine, ideal to alternate with bumpy tracks and an exceptional panorama. 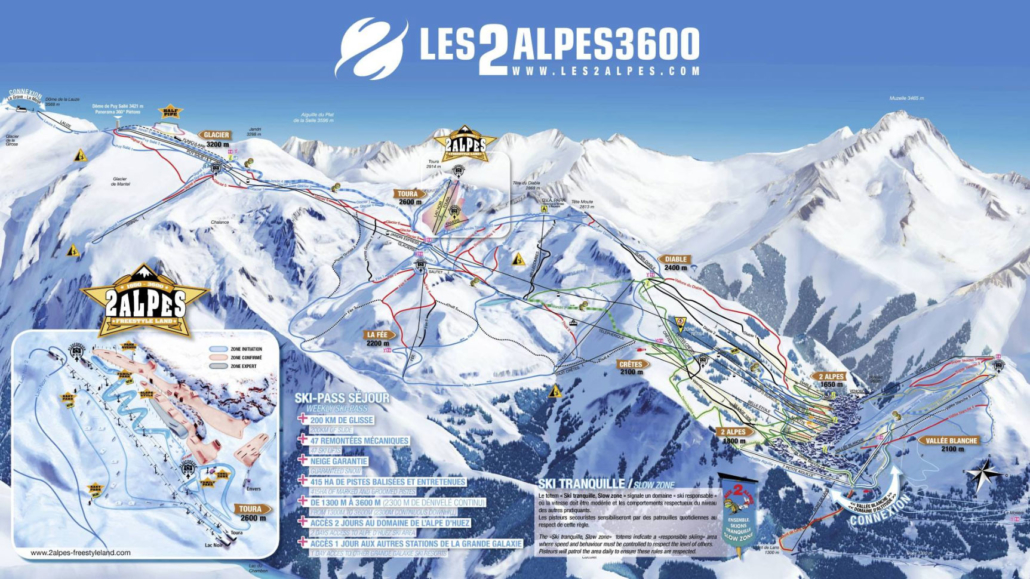 The marked ski area covers 425 hectares (more than 900 including the unexploited/secured areas) and is divided into two sides:

to the west, below Pied Moutet, the estate Pied de Moutet-Vallée Blanche; with a much larger space in the east and access to the high-altitude area on the glacier.

The manicured and marked ski area covers 425 hectares (more than 900 including the unexploited/secured areas) and is divided into two sides:

the east a larger space and access to the high area on the glacier;

Along with this axis that connects the glacier with the station, you will find the following descents:

the Fairy sector (blue, red and black slopes with the very difficult stretch of Pierres Grosses);

the backs (green and blue);

the Super-devil and the devil (mythical black slopes of the station);

The return of the peaks to the station in the valley has been made easier by the brand new (but narrow) blue Jandri 1 course. This makes it possible to return directly to the station from the glacier through an uninterrupted descent of more than 10 kilometers. The 3 old routes to the valley also remain accessible (2 black Devil and Valentin tracks and the green course of the Chemin des Demoiselles). Here, you can stop for the doors of Hotel Jam Session!

Welcome home, the bar is open!